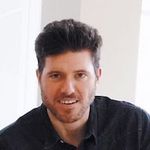 Stochastic inversion workflow using the gradual deformation in order to predict and m...

April 07, 2015
ABSTRACT Due to budget constraints, CCS in deep saline aquifers is often carried out using only one injector well and one control well, which seriously limits infering the dynamics of the CO_2 plume. In such case, monitoring of the plume of CO_2 only rely on geological assumptions or indirect data. In this paper, we present a new two-step stochastic P- and S-wave, density and porosity inversion approach that allows reliable monitoring of CO_2 plume using time-lapse VSP. In the first step, we compute several sets of stochastic models of the elastic properties using conventional sequential Gaussian cosimulations. Each realization within a set of static models are then iteratively combined together using a modified gradual deformation optimization technique with the difference between computed and observed raw traces as objective function. In the second step, this statics models serves as input for a CO_2 injection history matching using the same modified gradual deformation scheme. At each gradual deformation step the CO_2 injection is simulated and the corresponding full-wave traces are computed and compared to the observed data. The method has been tested on a synthetic heterogeneous saline aquifer model mimicking the environment of the CO_2 CCS pilot in Becancour area, Quebec. The results show that the set of optimized models of P- and S-wave, density and porosity showed an improved structural similarity with the reference models compared to conventional simulations.