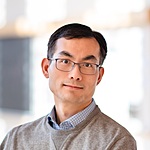 November 05, 2015
East Africa has two rainy seasons: the long rains (March–May, MAM) and the short rains (October–December, OND). Most CMIP3/5 coupled models overestimate the short rains while underestimating the long rains. In this study, the East African rainfall bias is investigated by comparing the coupled historical simulations from CMIP5 to the corresponding SST-forced AMIP simulations. Much of the investigation is focused on the MRI-CGCM3 model, which successfully reproduces the observed rainfall annual cycle in East Africa in the AMIP experiment but its coupled historical simulation has a similar but stronger bias as the coupled multimodel mean. The historical−AMIP monthly climatology rainfall bias in East Africa can be explained by the bias in the convective instability (CI), which is dominated by the near surface moisture static energy (MSE) and ultimately by the MSE’s moisture component. The near surface MSE bias is modulated by the sea surface temperature (SST) over the western Indian Ocean. The warm SST bias in OND can be explained by both insufficient ocean dynamical cooling and latent flux, while the insufficient short wave radiation and excess latent heat flux mainly contribute to the cool SST bias in MAM.